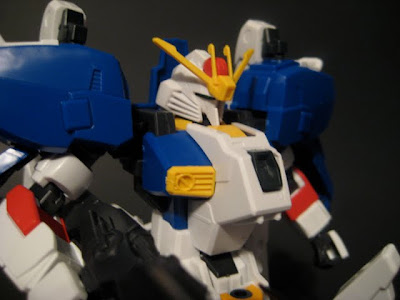 By far, my favorite Gundams are those from the sentinel series. I don't know much about the series but I love the mobile suit designs. So having my first S Gundam is kind of a big deal to me. I got to say this is one of my favorite models. For a 1/144 scale this thing is so detailed and has a lot more gimmicks then some of the MGs I have. Unfortunately, even though this thing is soooo cool it turned out to be a big disappointment in some areas. As I was building this thing I was loving it. Until I got to the backpack. The back pack itself is pretty cool, other than the wobbly thrusters, but it makes this thing sooooooooooo unbalanced. Which normally wouldn't bother me. I would just use an action base and give it an aerial pose. Not in this case. Unfortunately, it doesn't have any sort of hole or area for an action base to go as far as I know. This model also has some of the worst articulation of any model I have. The head turns 15 degrees tops and doesn't nod. The Torso has no articulation, it doesn't turn or lean. And the armor on the legs restricts it's motion to maybe 15 degrees as well. Without the armor though the legs are fine and the arms and shoulders have a a good range of motion.

Having said all that, I still like the model and was plesently surprised to find out that this kit comes with all the pieces to make it the regular S Gundam ( that may have been known to some of you but not me ). The armor on the legs comes off, as shown below, and the chest and crotch pieces can be changed out too. More than likely, I will just display this as the S Gundam or maybe the Ex without the backpack. In fact because I wasn't too thrilled with the back pack i might just use the back pack on the Zeong Bear.... hmmm

Here are some photos of the straight build. Because I really, really like this kit I'm not going to be modifying it or doing an elaborate paint job. probably some touch up paint and maybe a top coat. 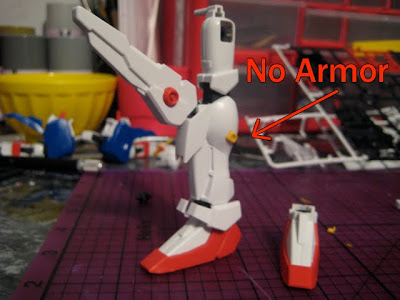 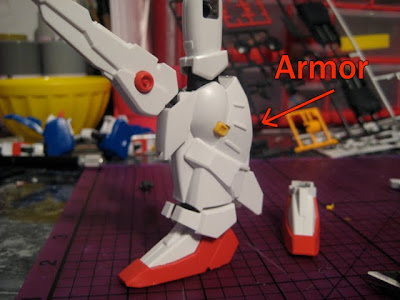 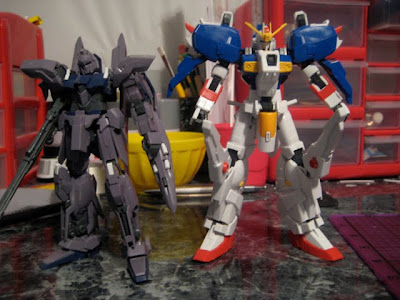 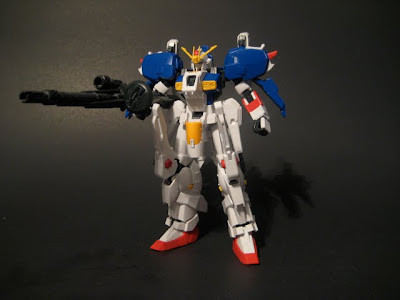 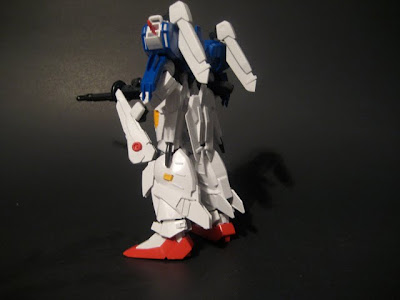 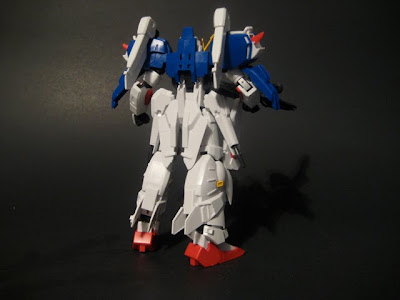